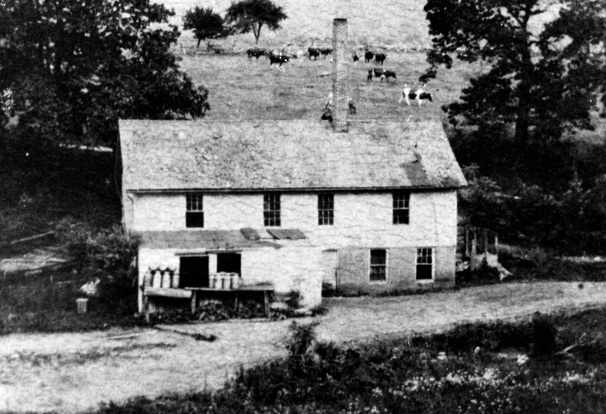 The Northford Creamery was located just north of where the Northford Post Office is now.  There was a small dam just north of the creamery.  The remains of that dam can still be seen, The company opened in 1884 and in 1887 processed 1,313,198 quarts of milk. 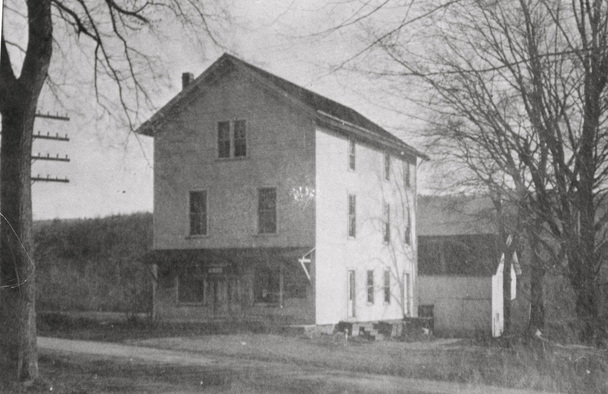 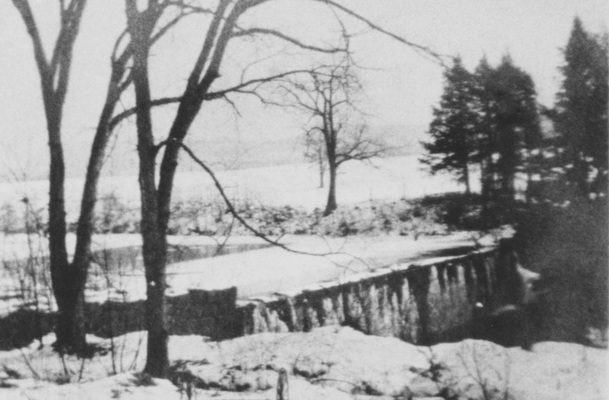 The Upper Pond and Dam.  This was the water supply for the Maltby-Fowler Factory.  There was another dam just downstream which supplied power to the Creamery and the Tinware Factory. 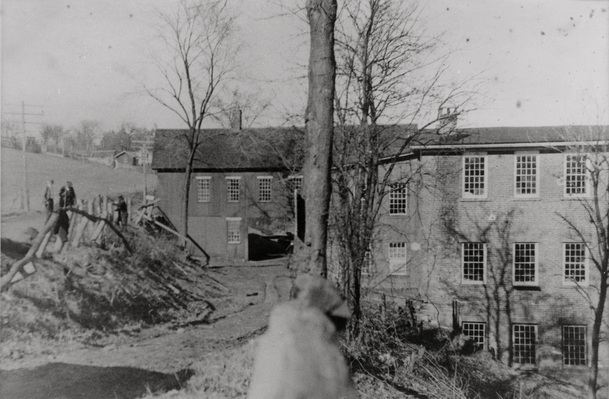 The Maltby-Fowler Factory.  It was located  on Route 17 where the broken dam is just north of the Northford Post Office.  Numerous useful products were manufactured here including. pins, brushes, cocoanut dippers, and cards. 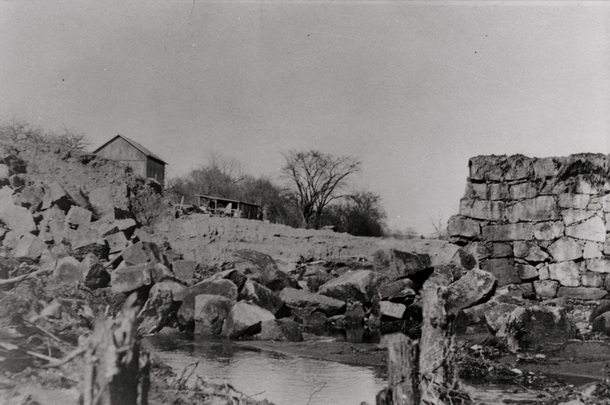 The dam on the Upper Pond was also known as the Brush Pond Dam.  The dam collapsed in 1926 (shown here) and in June, 1970, the result of  very heavy rainfall. 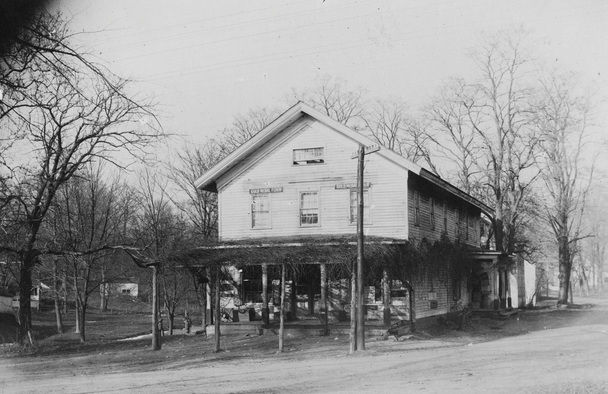 Beers Store, built around 1850 by  Russell Clark as a clothing store. In the late 1800s it was purchased by Ralph Beers and operated as general store.  In 1928 it was purchased by Richard & Anna Scholz.  It has had other uses including a fish market as late as the 1980s.  The second floor was Totoket Hall, used for dances and meetings.