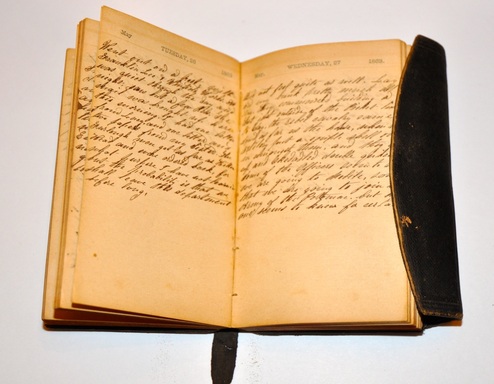 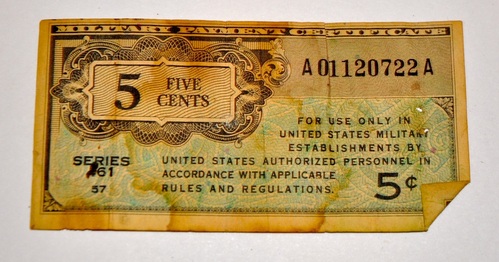 A military voucher for 5 cents found in the diary shown above.  A voucher for 10 cents was found with other family possessions.  Five cents in 1863 would be worth approximately  $1.90 today. 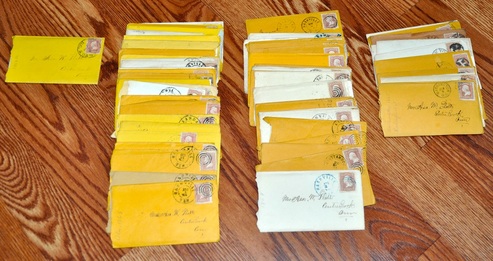 The 73 Civil War Letters of Albert Uriah Platts.  Albert served as a Corporal in the Union Army from late 1862 to June 1865.  He survived Chancellorsville, Gettysburg, The Battle of Atlanta, Sherman's March to the Sea, and many other battles. 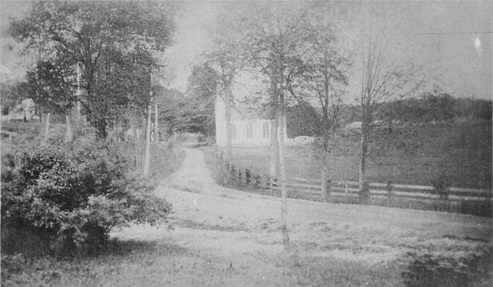 Zion Episcopal Church in its original location on Foxon Road